High hospital prices have been a strain on the American health care system, Axios reports. Ever-increasing hospital spending has a major impact on consumers. 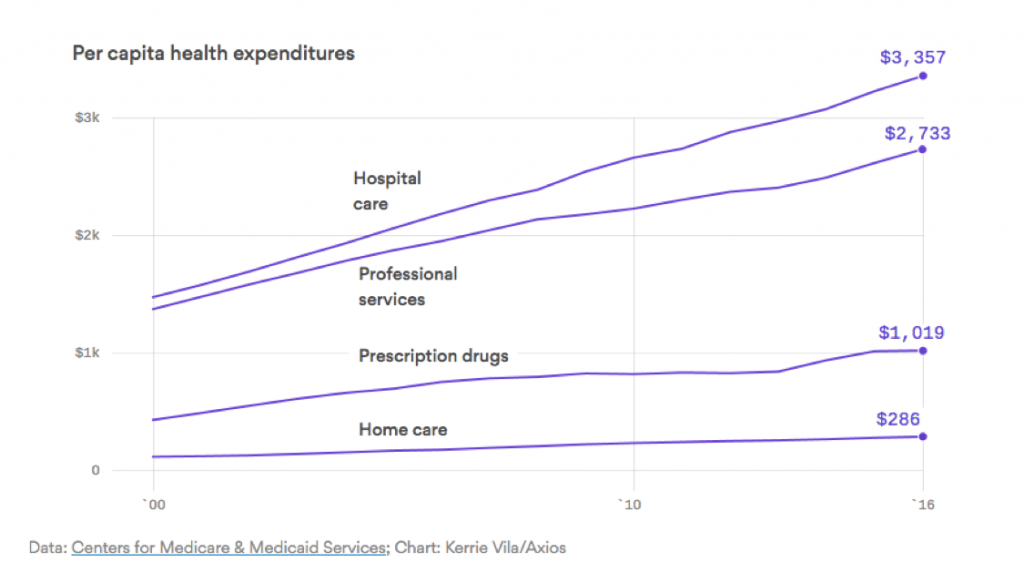 In total, hospital and doctor services account for about half of all health care spending.

For consumers, a single hospital stay can quickly rack up a 5-figure bill; the average hospital stay costs close to $11,000, according to data by the Healthcare Cost and Utilization Project and reported by Business Insider.

Costs vary depending on the consumer’s ailment. Hospitalizations for childbirths are some of the most common and relatively least expensive, averaging around $3,600 stay. Heart and lung conditions tend to cost the most; cardiac and circulatory congenital anomalies average $63,460 per stay.

Data shows that hospital prices are on the rise, albeit slowly.

Ed Fishbough, a spokesperson at for-profit chain HCA Healthcare, said hospital pricing has been under pressure. Over the past five years, the company’s prices have “increased an average of approximately 2.5% annually.”

Yet, hospitals have so far largely escaped public scrutiny.

Axios reached out to 27 hospital systems that have some of the highest charges in the country, according to federal data. None said they would follow drug companies’ symbolic gestures and delay, freeze or lower their prices.